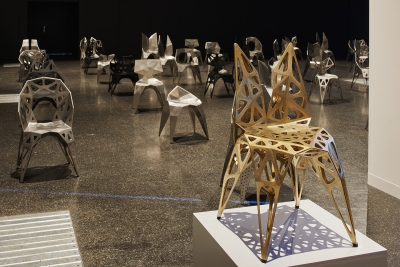 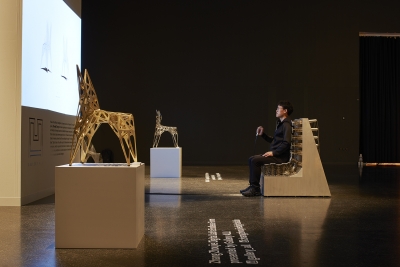 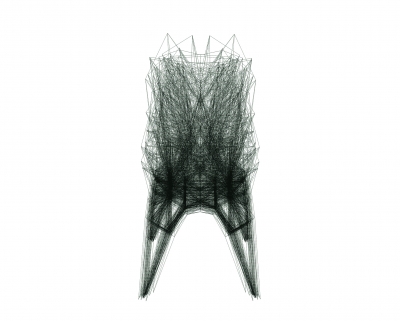 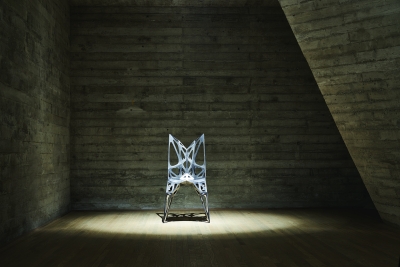 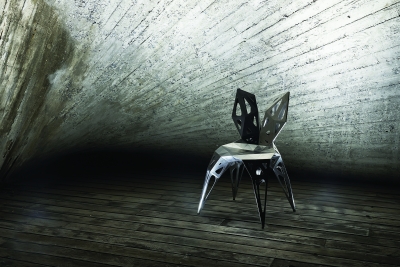 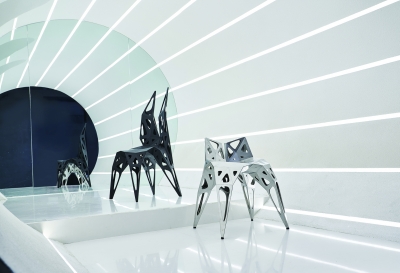 This pioneering project incorporates artificial intelligence into the design process. For more than eight years the Zhang Zhoujie Digital Lab has been exploring how AI can map the real world and how to create individualized furniture based on its interactions with humans. This led to the development of the hardware sensor chair, which collects data when people sit on it. Zhang then developed software to use those data points to generate chairs in various forms that uniquely fit an individual’s body. Each chair is thus the result of collaboration between people and computers. According to Zhang, “Human emotions, instincts, and needs are complementary to artificial intelligence.”

At first glance, these chairs look like they came from another world, with their futuristic perspectives and surprising angles. Though each is unique, as if a freely grown object, all are constructed of the same material and structural logic to create a unified whole. Fifty individual chairs and the hardware sensor chair, which visitors can interact with, are included in the exhibition.

Zhang graduated from Central Saint Martins School of Art and Design in London and is a member of the Architectural Association School of Architecture. Since establishing Zhang Zhoujie Digital Lab in 2010, he has been a pioneer in the realm of digital creativity. His work is known for being independent, experimental, and futuristic. Zhang believes that objects in the digital world can grow and morph much like things found in nature, and he is dedicated to discovering and exploring the methods within these transformations. His work focuses on logic, variety, and unpredictability, which is based on his understanding of nature. “It’s not about designing something,” he says. “It’s about finding something.”