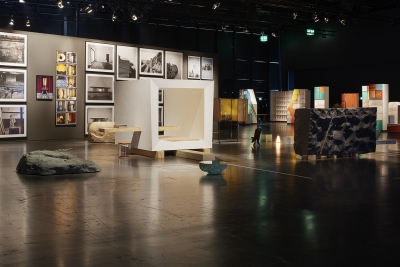 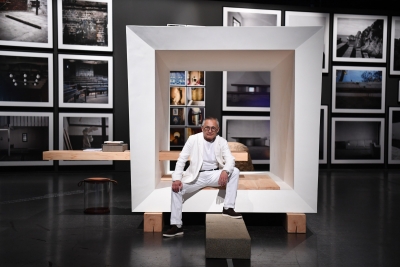 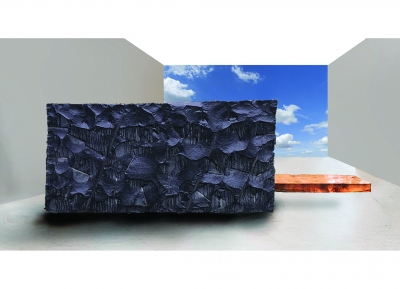 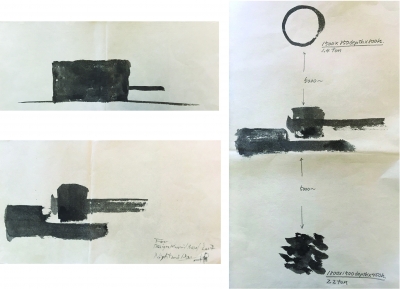 In Masatoshi Izumi and Koichi Hara’s Stone Screen, nature challenges architecture, refocusing our attention through the tension and communication between the two.

The central element, a heavy, gravitational mass, is also a mask—an obstruction through which we cannot see. Its surface, mottled with controlled, single strokes of breakage, evokes human respect for the strength of stone. Upon approaching, we must ask, “What could be on the other side?” A hint is offered with the tokonoma: a simple projection of wood that destabilizes the symmetry of the work. The plank enables inhabitation—as a table or a bench it draws us around and into the space between the Stone Screen and the perimeter of the space in which it resides. The other side reveals the tokonoma’s support to be another stone, this time a horizontally laid anchor, regrounding the project to the site.