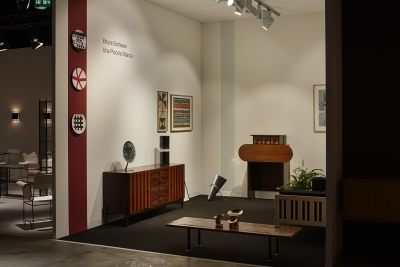 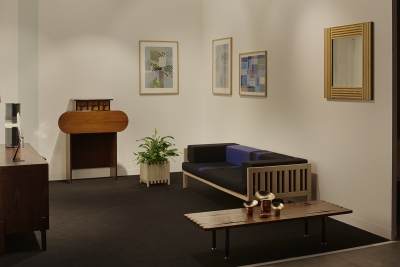 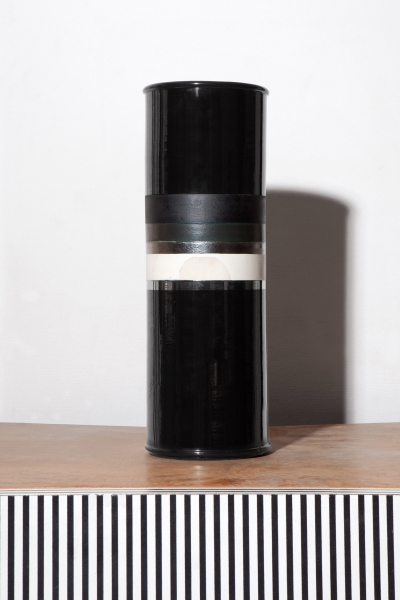 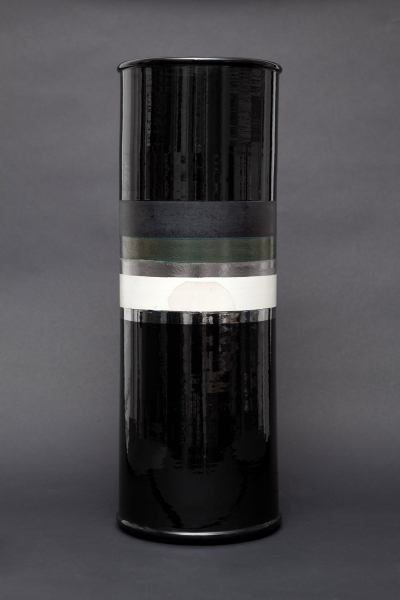 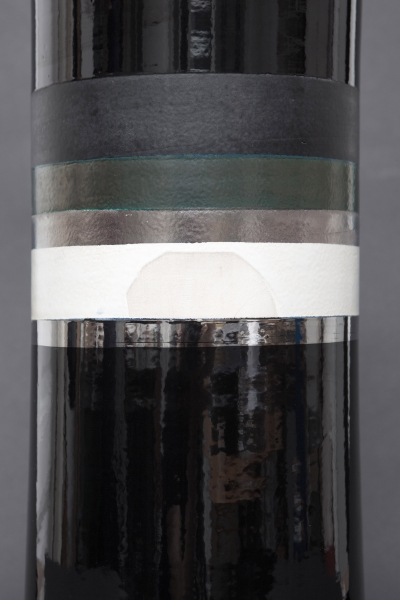 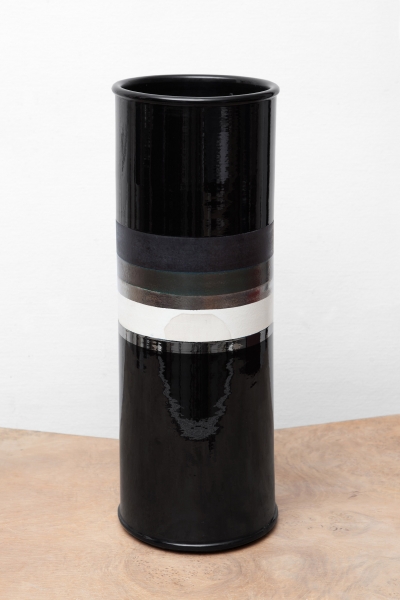 Ettore Sottsass: Una Piccola Stanza is a snapshot of a 1965 Italian living room featuring Sottsass’s furniture and ceramics made during his extremely productive period when he met— through his fi rst wife, writer and translator Fernanda Pivano—writers like Allen Ginsberg, Jack Kerouac, and Ernest Hemingway.

Sottsass said: “In 1965, the iconographic elements I had at my disposal came mostly from popular peasant culture. For example, the large feet, the large curves, ceramics.” He started at that time to develop a new vocabulary of forms and colors and the use of new materials in his designs. The sideboard on view is made of rosewood with bronze handles and lacquered colored stripes, whereas the earlier Barbarella, a writing cabinet that features three drawers above a drop-front writing surface, is made of walnut. In his ceramics he used lava, stoneware, clay, and earthenware to create simple geometric forms.

After graduating from the École du Louvre, Ivan Mietton joined the design department of the Centre Pompidou where he worked on such major exhibitions as Ettore Sottsass: 20 Years of Designs for Olivetti and a retrospective of Charlotte Perriand. He then worked as a contemporary design producer, design advisor, and curator for several exhibitions of Sottsass and of design legend Dieter Rams.